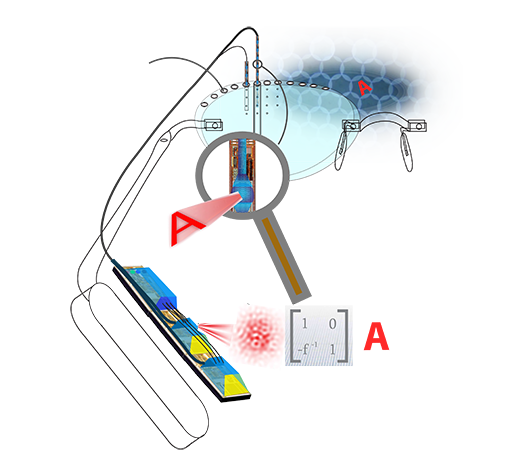 The technology is very complex and best explained in this 15 minutes video: 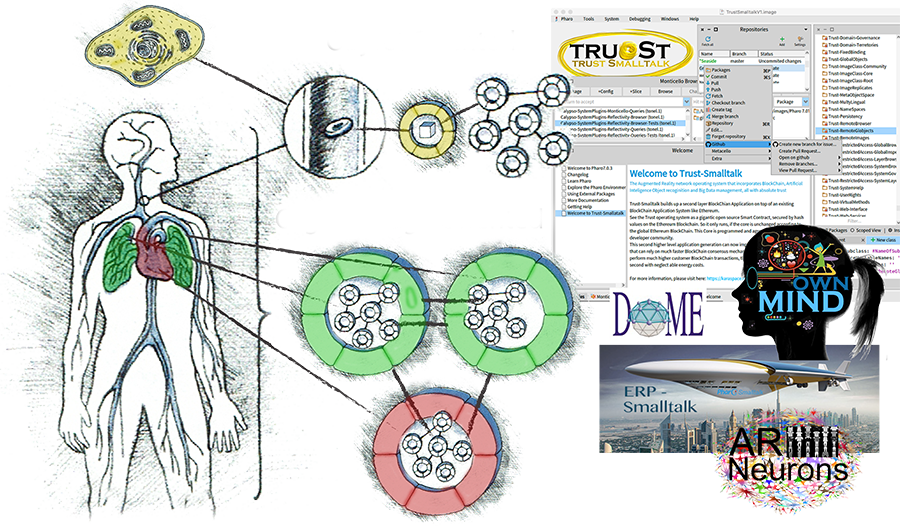 The fundamental concept of the KaraSpace virtual environment is open source code, in the most comprehansive form possible for billions of end users in their native language. Only the capability of reading and trying out the running programs can generate absolute trust in the coming AR world and the underlying artificial intelligence.

The future mixed reality world with artificial intelligence would turn into a nightmare, with every virtual object spying and deceiving you, if we would apply the current closed systems to it.

The front end of the karaspace.net platform is developed in plane wordpress technology, but the KaraSpecs AR-Glasses internet infrastructure is much more advanced with absolute trust, ease and beauty if compared to common web development systems.
The programming language follows the natural human language logic and has not the twisted functional logic or cryptic codes only comprehensible to long time coding professionals. Reading code is like reading normal sentences.
The coding language and all the significant code will be translated to all languages, for wide spread trust and coding communities.
The style of the program coding is following human logic and every day structures and not some incomprehensible algorithmic efficiency.
The programs or virtual objects will be inspectable and locally changeable while they are running, for users to understand what they are doing. The program developers themselves will thrive from all this features and enable them to handle the most complex systems jet to come.
The database programming is completely avoided, easing the stress on the programmer to constantly solve the common data representation mismatch. So the code is revealing untettered, what it is essentially doing.
This most mature Smalltalk language easily interfaces or compiles to C, Solidity or Javascript, to use all the available library if needed.

The KaraSpace infrastructure uses distributed synchronizing dynamic Smalltalk object-spaces. Pharo Smalltalk images are the large backend systems that provide privacy secured data and blockchain secured code to the Amber frontend Smalltalk system, that present all in 3D.
Different Pharo Smalltalk images perform different functions like storing the virtual land cadastral information or the actual contend of some land. They have each an html web interface to access the date from classical browsers.

The KaraSpace software is all open source and can be deployd to the millions with no cost.

At KaraSpace, all source code that needs to be understood by the endusers for the sake of trust will be provided by multi lingual and well documented Smalltalk code. Nobody can be expected to comprehend complex systems without playing around with it in a live testing and development environment and this is what also needs to be provided on a singel click. This applies to the 3d World just as much as for the Dapp’s and the Smart Contracts needed for the financing of the developments.
The fun of live 3d graphics programming in the most advance 3d Smalltalk development environment, with the goal to fill the whole virtual world with fancy graphics, will bring the skill of object oriented programming back to the masses. It is a myst that only coding experts can do that, because it is child’s play with Smalltalk.

The AR virtual reality is accessed from this Symbol:

The AR virtual reality is accessed from this Symbol:

The AR virtual reality plugin for platforms without scripting: