KaraSpace depends heavily on all kinds of blockchain tokens in all their different functions like for Crypto Currency,  Stable Coin, Security Token, Utility Token, Asset Tokenization and the construction of a whole virtual country with Citizens and Governance as a token and smart contract based semi autonomous organization like a DAO.

As KaraSpace will offer token packages with security tokens, stable coins and other tokens, which will all sooner or later be regulated by all kind of countries, we categorize them as fully regulated. We will work with the Swiss Financial Market Supervisory Authority FINMA to get the necessary authorization or possible supervision by the time of the final token sales.

Should the sales also be offered in other jurisdictions like in Germany and Europe then the necessary authorizations will also be applied, for example at the German BaFin Federal Financial Supervisory Authority.

A full regulated token economy implies the KYC (know your customer) directives, which is equivalent with our user registration at the KataSpace Governance ERP-System as a KaraSpace citizen. This requires the information and verification of the personal date, a functional wallet and other information related to our direct democratic governance.

The different tokens in KaraSpace have the same functions and behavior like the counterparts in real countries. This makes it easy to understand the different KaraSpace Tokens and their relation to each other.

The KaraSpace Crypto-Currency backed by the virtual land
The crypto currency in KaraSpace (Kara = KPE)  is not the object of speculation.  The currency is only a vehicle to exchange goods and transport value. As such it is more like a stable coin in the crypto space. As the management of a stable coin is regarded as the “Holy Grail” in the crypto space, we can not guarantee to keep it stable, but our monetary department will try its best to keep the exchange rate close to the Euro with a number of effective tools. The Kara Coins will be one of the first ‘Seigniorage shares’ style cryptos (independent from real currencies or other assets), with a realistic chance to sustain stability. It is easy to intervene if the market price is to high. But if demand is low, beside the classical means of interventions and reserves, the KaraSpace Association has literally the whole world of virtual real estate using rights, to put on auction and to increase demand for Kara Coins. “Kara” will be the only currency allowed, to bid on this auctions. The KaraSpace currency will also not be promoted as a mainstream stable coin, but as the mean to buy virtual land and finance AR-Glasses. So if very big demand for stable coins arise in the crypto space, the Kara Coin require KaraSpace citizenship, AR-Investment and land purchase activities to obtain it.

So for the economy inside the KaraSpace virtual country we a have stable coin to rely on. 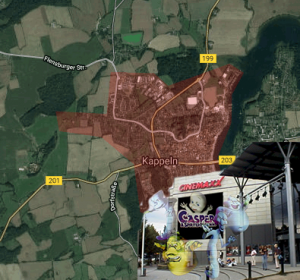 The KaraSpace Virtual Land
The virtual Land of KaraSpace can also be described as virtual space-use-right, as it is not real land. The future use of the area is als always under the restrictions of the future local rules and regulations and the terms and conditions of the KaraSpace Organisation which can not be foreseen now as they develop in a local direct democratic process.
Still the land will be of central importance for all KaraSpace users as it is necessary to own the space of your private rooms to use them for normal life. Also the outer public space can be owned and used for example for advertisements and other public applications.

The land is also tokenized on the blockchain, with a distributed cadastral database and the hash values on the underlying Blockchain. This infrastructure will be open source, decentralized and community drive, making it a public system like Bitcoin in the banking space.

The Monopoly game with crypto currency and virtual land
The fun part of the KaraSpace crypto economics is the speculation with land and the possibility to increase the value by making it more attractive with extra assets placed on it. The land will be accessible through virtual game platforms long before mainstream AR Glasses make the virtual objects actually visible in reality. Playing with this land is like the famous Monopoly game. But the fun will soon become reality and hard business as the AR-glasses become more and more mainstream. Fortunately the game is owned by the People through the KaraSpace Association, and the rules will be made in a direct democratic and localized process to benefit the People. 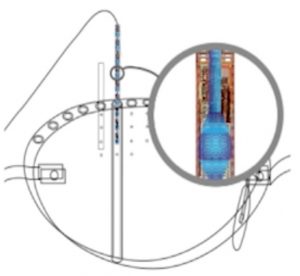 The KaraSpace Security Tokens reflect profit shares on individual AR Companies, that are financed and monitored by the AR-Consortium.
This tokens are bound to an individual AR company, which will mostly be key to the development of mainstream AR glasses. The company may also develop other products for other industries using the same base technology. This makes the Investment also independent from the AR business. 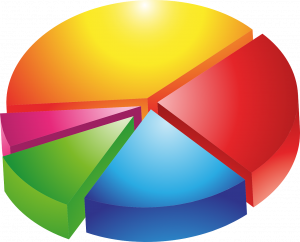 Slices not in scale with the offer

We believe that the best value for the customer is, to obtain a package of both, security tokens and crypto currency for the speculation on land.
So for each security token of an AR-Company, we provide currency tokens in a particular ratio. We call this package an STO&CO, spelled out “Security Token Offer with Coin Offer”

Because the security token sale must obey the regulations of the respective countries for which the sale is prepared for, it is only possible to buy them, for citizens of this countries. Also the offered Currency and Land Token may be restricted to certain countries, if that is required by law for example in China or India. 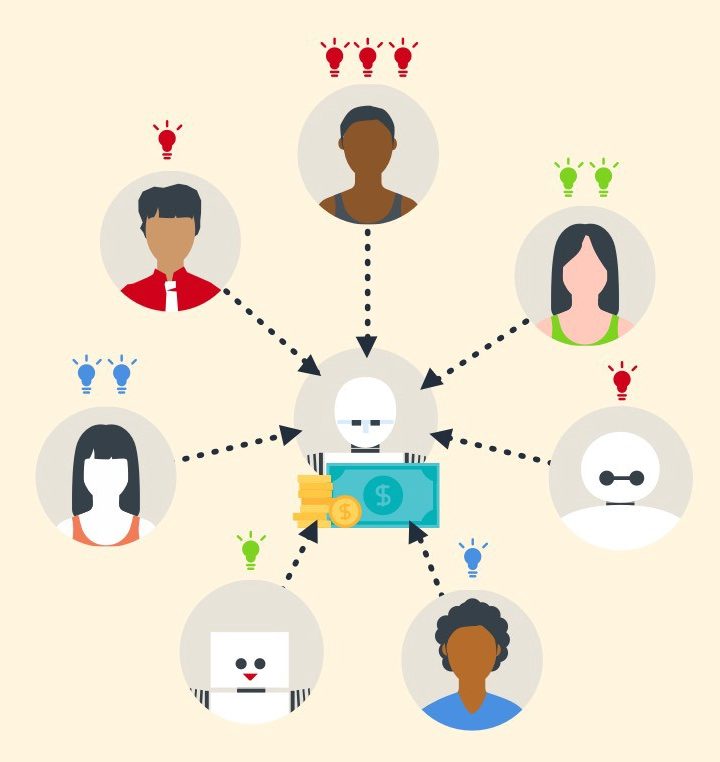 The KaraSpace Association is a virtual country still under development, which is managed through a token and smart contract based organization. This organization is mapped on an advanced dynamic object oriented environment with a persistent distributed object space. When ever a document or procedure in this organization is of great importance and needs to be protected from manipulation, the hash value of this object is logged on an underlying public blockchain. But unlike a classical fixed smart contract on the Ethereum blockchain, this objects can be changed through a fixed organizational procedure involving the user community and a democratic process.

So we will have a large number of different kinds of live objects in a living dynamic object space from which some are tokenized and represent high value and importance.

We will have many such distributed and synchronized object spaces, that we call organs to a complete worldwide organism. They communicate with each other and store cadastral land information, object structures on the land, artificial intelligence neuron networks, private user information and many other information like for common distributed blockchain applications (DAPPs).

The point is, that this object space environments (organs) provide absolut trust to guarantee privacy, protect property and secure all kinds of values. The trust evolves from the construction of a computer system being open source and community monitored from the very root, the bios, the operating system ( OpenSpex on Debian) and the trust relevant application layer (TruST on Pharo Smalltalk).
The TruST system provides this dynamic object space, wich can be comfortably inspected while it is running. The running code is not only open source, but most comprehensive readable code for common people to understand. The code is written in Smalltalk language, which is designed for children to code in the most human intuitive logic. This programs are then also coded in the most comprehensive and structured way to understand what it is doing, in contrast to the usual cryptic open source systems that are coded in languages like C and are only meant for experts.

The TruST system is further designed entirely in this readable source, leaving no space for secret changes. The programs and procedures are all objects them selfs, that can be hashed and made unchangeable through the underlying Blockchain and may then only be changeable by the owner or a coding community through a democratic process. This way the whole system only works, as it is designed by the coding community and as it was then logged with the hashes on the Blockchain.

The Hardware basis is a network of fanslass servers at the users site, that run multiple of this dynamic object space organs. They provide their web services to the programs and in future to all the AR-glasses in the surrounding. The hardware and the running  costs are financed through the KaraSpace Association by providing Kara Coins for the work and the investment.
But this computers are still usable for normal office and private use and come preconfigured with a wealth of open source creative programs. The fan-less hardware makes the server actions unnoticable.